At Riverside Acceleration Capital, we often emphasize the importance of raising the right amount and right type of funding for your size, stage, situation, and opportunity.

As the default funding type for most early- and growth-stage companies, Venture Capital (VC), can be a great tool for companies looking to rapidly invest in growth, but it’s not without its challenges. Taking capital too early or at too high of a valuation, for example, can lead to pressure for higher expectations around returns and growth, unsustainable burn rates, and limited exit options.

In this post, we’ll break down the “venture math” and discuss what it means to be ready for venture capital, the risks of raising too much capital at the wrong stage, and the alternative funding models available to entrepreneurs looking to postpone, or skip, a venture round.

The more money raised, the higher the expectations

Most growth-stage investors have their targets on a 3-5x return over a 3–5-year time horizon. Depending upon the exact stage, funding size/valuation, and investor mentality, this might be more like 5-10x.

As we’ll show in the next section when we break down the math, a 3-5x return typically necessitates an annual ARR growth around 50%, although this figure can climb much, much higher for companies that raise more money than average and/or at a higher valuation, or for companies with higher investor return expectations (all of which are often tied together as a 20-25% equity stake is typical for most venture rounds).

Beyond that growth expectation, investors expect entrepreneurs to deploy what they’ve raised. They don’t want their investment sitting in the bank; they want to see it used for growth, to fuel future investment return. This dynamic, in turn, can lead companies to significantly ramp up their monthly burn rate – possibly before they have the playbook, leadership, and proven metrics to ensure that the extra capital is well spent.

If you’re confident in your ability to hit these targets and have a plan for efficiently deploying the capital, then venture capital can be a great fit.

If you’re not certain, however, raising venture capital before you’re ready can do more harm than good. The aggressive growth targets and influx of capital can push a startup to grow (and burn) at a faster pace than what it is ready for, and a few missed goals early on can quickly create friction between a CEO and new investors, causing negative knock-on effects down the road.

Additionally, raising the wrong type and amount of capital at the wrong time can limit exit optionality and cut into upside potential. Investors may veto an exit that doesn’t deliver what they consider a minimal acceptable return. Even if they support a smaller exit, the preferred equity status of an investor means that they’ll get paid back before the founders and team, who generally hold common shares.

“If you don’t feel great about the prospects of being able to deliver a 3x with upside to 5x of more, you should be thinking long and hard about whether or not you should take venture financing on,” added Silicon Valley Bank Managing Director Brendan Quinn on a recent RAC webinar[1].  “When it can get misaligned is when you’re looking at exit options south of that 3x. The investor will get paid out ahead of the founders, and the entrepreneur and team will realize much less of a gain compared to what they would have gotten without the investment.”

The venture math of an illustrative Series A company

Prefer listening? Check out this clip from a recent webinar, where we presented the example scenario below.

To illustrate these risks, imagine a company raising a Series A with $4M in annual revenue.

The company is valued at a 9x multiple (fairly typical in today’s high-multiple market), resulting in a $36M pre-money valuation. They raise an $11.5M Series A round for a post-money valuation of $47.5M.

Their new investor is targeting a 5x return over a 5-year window, although they’ll consider a 3x return to be a minimal acceptable level given their risk. These expectations, multiplied by the current post-money valuation, result in an exit target of between $142.5M (3x) and $237.5M (5x). Again, all these targets are fairly standard for today’s Series A investors, and they’d likely aim higher if possible.

Now let’s assume an exit multiple of 8x, slightly high historically but not uncommon today for a rapidly growing business. This means that to hit the high-end exit target valuation, the company will have to grow at a compound annual rate of 50%, growing from $4M to $30M in five years. On the low-end exit valuation, the expected growth rate drops to a more manageable but still aggressive 35% ($18M).

If the company is able to grow into the 5x valuation, everyone wins and the high-risk, high-reward investment pays off nicely for both the investor and the entrepreneur.

At the lower end exit target, everyone does well but not great.

In a sub-3x exit, however, no one does particularly well, although the Series A investor’s preferred equity status ensures that they are first paid. A $75M exit, for example, would result in a disappointing 1.6x return for the investor – and the founders would take away $13.5M less than what they would have received if they had reached this point without the Series A.

In the event of a downside valuation, the preferred shares become even more important, and the investor could walk away with the majority of the proceeds – as seen in the chart below with exit valuations lower than $23M. 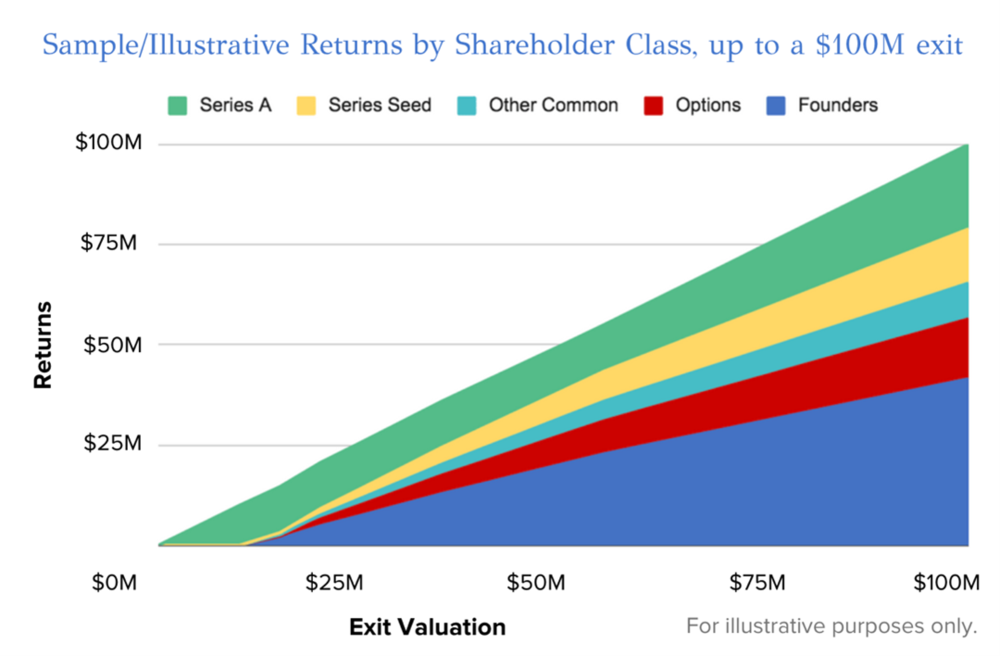 So what funding options exist for companies not yet ready for a large VC round and the ramp in growth and exit expectations that come with it?

One option, that we’re obviously fond of and which is seeing a surge in popularity, is revenue-based financing[2], a non-dilutive approach to growth capital that doesn’t trigger a valuation event or require hefty growth targets. With funding amounts based on a company’s annual recurring revenue, revenue-based financing can provide the capital needed to accelerate growth and reach that next level – so that when you are ready for venture capital, you’ll be able to approach it with the ability to best take advantage of the extra capital and deploy it against a proven growth model – likely at a higher valuation.

If you’d like to explore whether revenue-based financing is right for your company and stage, fill out the form below. We’d love to chat.

[2] A Primer on Revenue Based Financing via riverside.ac 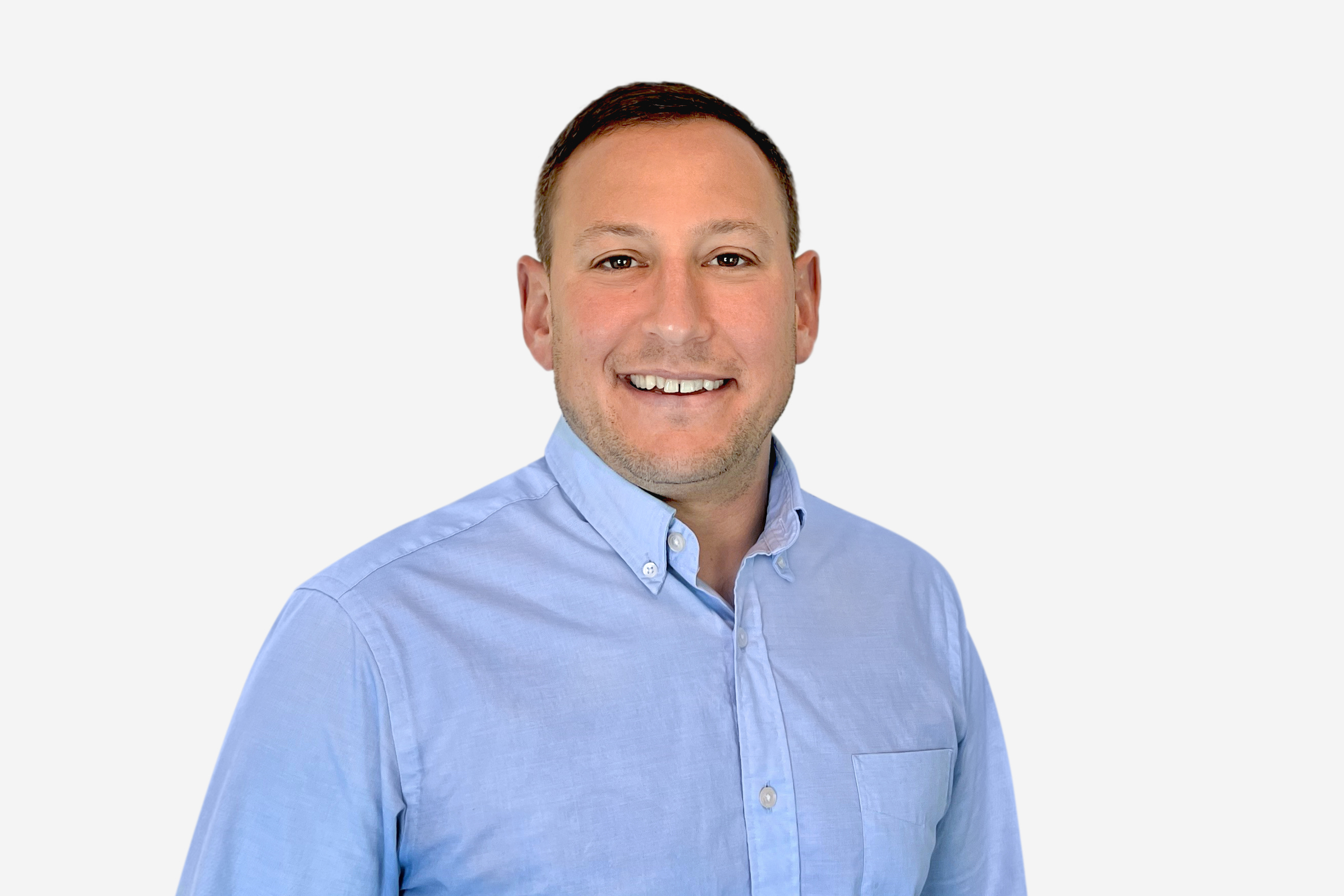