A Primer on Revenue-Based Financing (RBF)

Revenue-Based Financing (RBF) is a big trend in the world of startup financing. You’ve heard more about it recently and wonder: How does Revenue-Based Financing actually work? Isn’t RBF simply venture debt with a new name? When should startups consider RBF and when is it not a good fit? What are the different types of RBF and who are they for? Let’s try to shed some light on this evolving space of non-dilutive capital for startups.

Strictly, RBF is not a financial asset class with distinct properties like venture capital or venture debt. That is, RBF is a general expression used for a specific form of funding a business but the implementation details can differ. Indeed, RBF is an innovative form of startup financing that comes in many flavors. Different terms are used, often interchangeably. Unfortunately, this doesn’t make it easier to fully understand what RBF is actually about.

Let me loosely define the terms I am talking about: I will use RBF as an umbrella term for non-dilutive startup financing that relies on revenue-sharing. RBF is an acronym that stands for both Revenue-Based Financing and Royalty-Based Financing. These expressions are used alternatively and don’t differ in their meaning.

In other contexts, you might read about RBF financing in the form of a Merchant Cash Advance. This describes RBF-style investments with relatively small investment amounts and short repayment periods of a few weeks up to a couple of months. A Merchant Cash Advance bridges a short-term cash need to achieve a specific sales goal. Its use is often restricted to a specific sales- or marketing-related purpose.

RBF growth capital, however, sits on the other end of the spectrum of RBF options, does not have use case restrictions, is more flexible in its terms, and is handed out over longer time horizons.

What is RBF and How Does it Work?

A concept closely related to RBF has been used in other industries such as mining or pharma for a long time. In these industries, it is known as royalty investing. Only in the last couple of years, however, RBF has been introduced to the world of tech startups. The concept is fairly straightforward: in return for a fixed investment sum in a company, the RBF investor earns a fixed share of the future revenues of the company until a repayment cap is hit. The total amount to be paid is typically viewed as a cash-on-cash multiple of the investment amount. Depending on the RBF investor, the payback time can be just a couple of weeks to several years. The RBF investor does not receive shares in return for her investment. Let’s visualize this with a super simple example:

(Very simple) example: Lazybug, a CRM software that automates most of your work, is on track to report €2m in ARR. The founders of Lazybug, Lisa and Luke, would like to get an investment to be able to grow faster. However, they are sensitive about dilution and are considering different options.

They end up striking a deal with a well-known RBF investor, Karen, on a €500k investment. Karen wants to earn a 1.5x multiple on the deal via a 6% revenue share. In this context, revenues are viewed on a cash-in basis. The term (repayment period) is up to 3 years. Thus, over the next 36 months, Lazybug will share 6% of its revenues with Karen until the full amount of €750k (1.5x the €500k investment) is paid. After that, there are no further obligations between the startup and the RBF investor.

The payment logic of the deal is shown below. As this is a super simple example, Lazybug exactly manages to fulfill the payment obligations in the 36th month. However, as careful readers will notice, Lazybug doesn’t have to pay the full 6% of the monthly revenues in Year 3 which would be €420,000. As pointed out above, as soon as the return cap of 1.5x the original investment is hit, the revenue share ends.

In a nutshell, raising an RBF investment is non-dilutive but requires the willingness to share some of the revenues with the investor. Technically, RBF is often structured as a loan, or another similar non-equity security. However, the financing instrument shares aspects of both venture capital (i.e. equity) and debt and can be viewed as a hybrid that sits somewhere in between.

RBF funding can be used in addition to, or in lieu of venture capital. Although use-case agnostic in nature (as long as there is sufficient revenue!), some scenarios make a lot of sense for RBF. Others are rather unattractive for RBF investors. Below, I am listing some exemplary use cases. But be aware, this list is illustrative, and in no terms exhaustive 😉.

So, what are common use cases of RBF for startups?

In contrast, what is typically not a good use case of RBF?

Investment amounts — what is possible, what is sensible?

As the repayment structure is tied to revenues, the amount that can be raised via RBF is also dependent on the top line. For obvious reasons, it wouldn’t make sense for a startup that makes €100k in revenues to raise €5m in RBF funding. The repayment burden on the startup would be too large and it would not be possible to forecast a term during which the repayment can be reasonably expected to be fulfilled. So, what is a sensible amount? Many RBF investors view their investment range in multiples of MRR. It is rare to see more than 10x MRR handed out to a startup but there is no fixed cap. Mostly, it is around 4–6x. The MRR multiple that can be obtained also depends on the gross margin of the business. If a company earns a higher gross margin on its revenues, it has relatively more money available to pay for its costs. Therefore, the higher the gross margin of a business, the higher the MRR multiple that will be available.

I find that it helps a lot to dissect RBF in the context of the traditional, well-known funding options for growing companies which are venture capital and venture debt. Let’s next address them in a side-by-side comparison.

By investing in a startup, a VC places a bet that (i) the underlying value of the company will increase over time, and (ii) the investment can be exited in a reasonable time in order to realize the returns. By raising VC, startup founders, therefore, submit to growing their startup significantly over the years to come and providing an exit opportunity eventually (likely, by selling the company).

To put this into perspective: VC investors usually demand a 5x-10x valuation increase over a few years which implies annual valuation growth of about 25%-60%. To reach this, the corresponding revenue growth has to be significantly higher, depending on the business model sometimes double that. This logic makes venture capital the go-to source of capital for entrepreneurs with scalable, high-growth companies — very reasonable as the idea of venture capital is highly entrepreneurial, can provide a lot of cash (even pre-revenue), and aligns interests on value creation. Also, it puts a lot of pressure on the business.

RBF investors, similarly, bet on a startup’s growth. The stark difference lies in how they view their bets. By investing in a startup, an RBF investor places a bet that the revenues of the company will grow in the months and years to come. If a company does well and grows fast, the RBF investor will get to her multiple much faster and net a better IRR. If a company hits troubled times or even shrinks, the RBF investor will be repaid much slower and may not even be repaid at all. For the RBF model to work, a startup does not have to exhibit extreme revenue growth as is desired by most VCs. An exit is clearly not required either. Yet, if the company performance goes down, an RBF investor will suffer as well. Therefore, RBF and venture capital are similar, in that both are highly aligned on growth.

Other differences are more structural in nature. As previously stated, an RBF investment is often structured as debt and shows up as such on the balance sheet. RBF and venture debt are similar, in that both financing instruments include a repayment schedule. In contrast to venture debt, RBF repayments are flexible and depend on the sales success of the business. As the royalty payments are measured as a small percentage of revenues, they go up in strong months and down in weak months. In this sense, RBF investments make forecasting possible in the volatile world of a growing startup because they are, essentially, a fixed burden on gross margin.

Another important difference to venture debt is that RBF investments typically don’t include an “equity kicker” in the form of warrants or options on equity. This is a crucial point: depending on the operative performance of the startup, in terms of effective interest rate during the repayment term, venture debt may be cheaper than RBF investments. The seemingly lower cost of capital of venture debt is compensated by an option to cash in when the startup exits. To keep the on-going burden on cash flow relatively low, venture debt deals, especially for companies that are already very large, at times contain a large bullet payment. That means that a significant share of the principal is repaid at the end of the term, in a single payment. Visualizing the RBF repayments over time reveals a somewhat back-loaded scheme as well, similar to an accelerating amortization plan for debt. This is apparent in the Lazybug example above, too. Because the revenue grows strongly over the term, a bulk of the repayment is done when the company is bigger and can better sustain higher payments. This, again, creates high alignment on growth between RBF investor and company operator.

On the bottom line, since venture debt returns depend on the performance of the equity kicker (warrant, option etc.), they also rely on increasing company valuations and exit events. Hence, venture debt has, in essence, the same target group and investment criteria as traditional venture capital. RBF can also fund startups that are not served by venture capital or venture debt.

The purpose of this article is to serve as an easy primer on the topic of Revenue-Based Financing. It is primarily focused on shedding light on the distinctive features of the financing method, especially, in the context of venture capital and venture debt — which are well-known and established. The example used is a simplified case study and should give an understanding of the mechanics of RBF to those foreign to the topic. Reality, as always, is a bit more complex. For founders, it makes a lot of sense to think through the actual implications of each source of capital and review them side by side. In practice, the boundaries between VC, RBF, and venture debt are at times less distinct though. It’s thus worth reiterating that RBF is not a well-defined asset class in startup financing. The flexibility in designing an RBF investment can be very high.

This is the start of a series on RBF and alternative startup funding. I will explore more questions surrounding the field in the weeks to come. Please let me know any remarks you might have or topics you’d like to see covered 🙂.

Please find the next article in our series on RBF on how growth companies and startups should think about Cost of Capital here.

Disclaimer. Michael Aring is an investor at Riverside Acceleration Capital. The content of this article reflects his personal views. For informational purposes only. This is not an offer or sale of, or a solicitation to any person to buy, any security or investment product or investment advice. 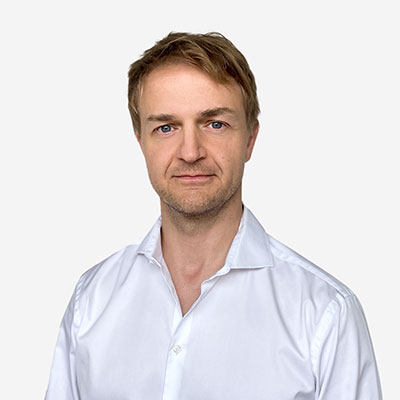